In gas dehydration service, TEG absorbs limited quantities of benzene, toluene, ethylbenzene, and xylene ( BTEX) along with other volatile organic compounds (VOCs)  from the gas. BTEX and other VOC emissions are an environmental challenge for the natural gas industry since some of these compounds are considered to be carcinogenic.

Absorption is fa­vored at lower temperatures, higher pressure, increased lean TEG concentration and circulation rate. Based on the data from the June 2011 TOTM [1], predicted absorption levels for BTEX components vary from 5 to 15% for benzene, 5 to 25% for toluene and ethylbenzene, and 5 to 35% for xylene [2]. Some of these absorbed BTEX components are released with the flashed gas off of the TEG separator operating at around 483 kPag (70 psig). The flashed gas may be used as fuel or sent to the flare. The rich TEG solution is normally regenerated at low pressure and high temperature. The remaining BETX components are released with the vaporized water and stripping gas at the top of the still column. Hicks et al. [3] discuss different options for VOC emission control. One of their options was to operate the reboiler at pressures that allow the overhead vapors that contain VOCs including BTEX and stripping gas to flow directly to either compressor suction, a fuel system, or to a flare. Their study showed higher pressure reboilers effectively control BTEX emissions and economically recover all the hydrocarbon vapors with minimal incremental capital cost and no required emissions monitoring. Hicks et al. [3] highlighted the following advantages for the pressurized glycol regeneration system:

In order to study the impact of stripping gas rate on the lean TEG mass percent, the TEG regeneration process was simulated using ProMax [4] software with its Soave-Redlich-Kwong (SRK) [5] equation of state (EOS). The process flow diagram used for these simulations is shown in  Figure 1. 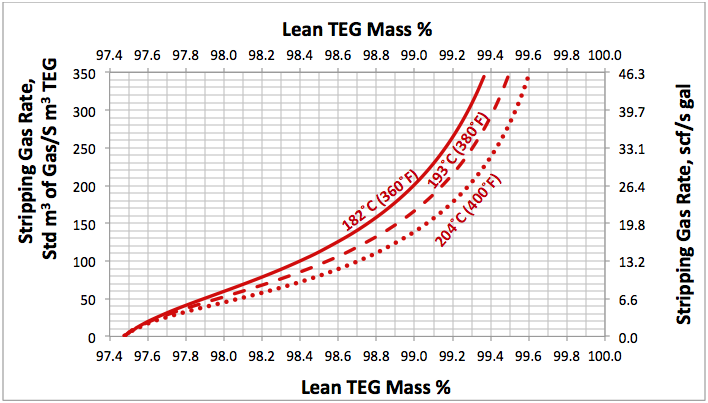 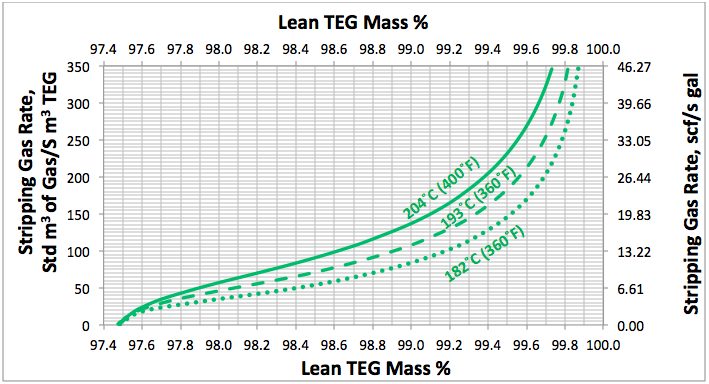 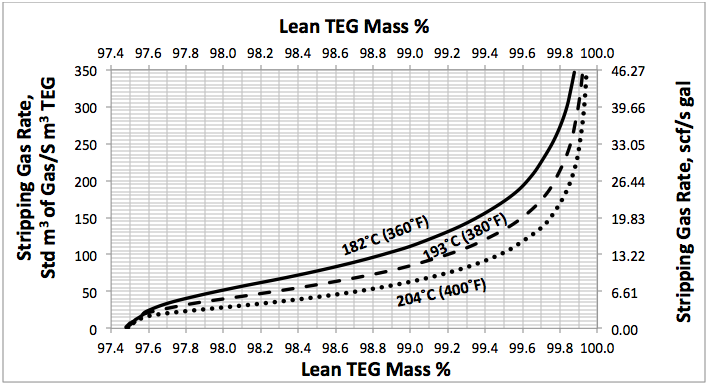 In this TOTM, the effect of stripping gas rate on the regenerated lean TEG concentration at high pressure for several operation conditions was studied. A series of charts to use for a quick determination of the required stripping gas rate to achieve a desired level of lean TEG concentration are presented in Figures 2 through 6. These charts are based on the rigorous calculations performed by computer simulations and can be used for facilities type calculations for evaluation and trouble shooting an operating TEG dehydration unit. In addition, the following observations were made: 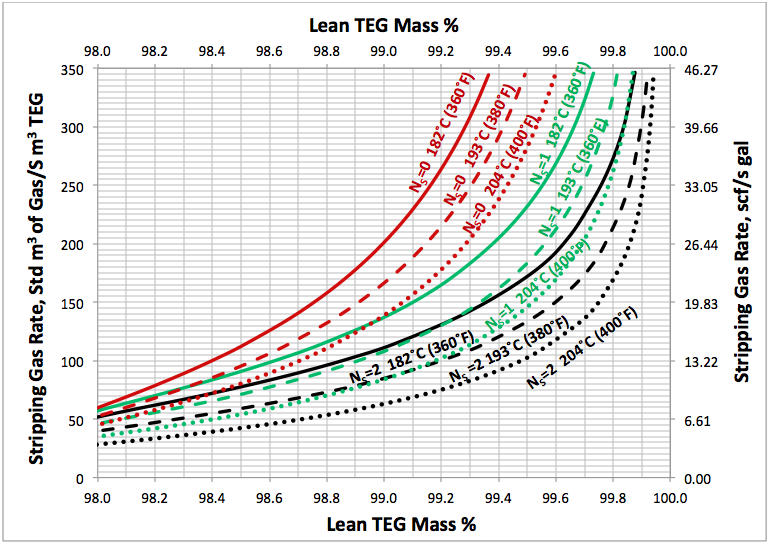 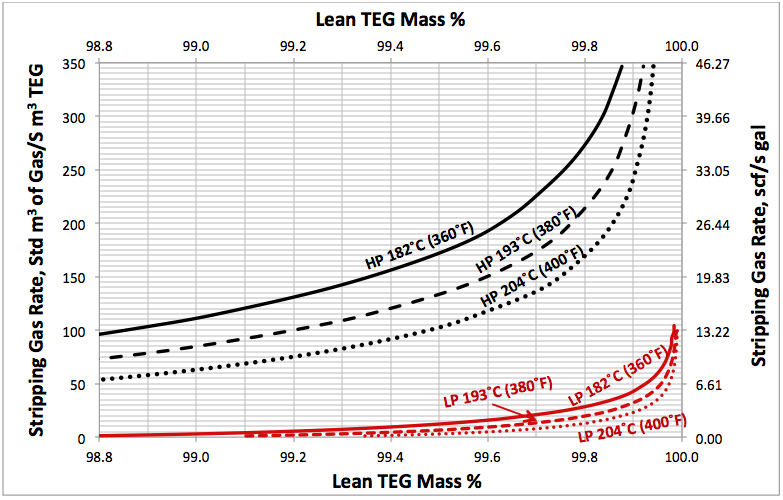