Water is produced with oil and gas. A question that comes to mind is: “Why is water important?” The presence of water may cause corrosion, freezing and hydrate formation. All of these problems are enhanced by the presence of acid gases such as H2S and CO2. The water content of a gas depends on the system temperature, pressure and composition of the water (containing gas). Sour gas will hold more water than sweet gas at the typical operating conditions encountered in a natural gas dehydration facility. There are several methods of calculating the water content of sour gases. The details of these methods can be found in Chapter 6 of Volume 1 of “Gas Conditioning and Processing” [1] and Chapter 20 of the GPSA (Gas Processors and Suppliers Association) data book [2].

In the November 2007 Tip of the Month (TOTM), we discussed the phase behavior of water-saturated sour gases. Using limited experimental data, we also demonstrated the accuracy of Maddox et al. shortcut method [3] and a rigorous calculation method based an equation of state.

Bukacek [6] suggested a relatively simple correlation for the water content of lean sweet gas as follows:

To develop the proposed correlation, we have defined an intermediate term represented by X, as a function of temperature and HEC;, i.e, X = f (T, HEC).

The sourness correction factor, F, is defined as:

Where X is calculated by Eq. (5) and the a, b, and c parameters are expressed in terms of pressure  (P) in psia as follows:

Calculate the water content of sweet natural gas by Eqs. 1, 2, and 3.

Calculate the X and parameters by Eqs. 5 through 8.

Calculate the sourness correction factor (F) by Eqs. 9 through 13.

Based on the above proposed correlations and procedure several charts using a spreadsheet were generated. Figures 1, 2, and 3 present sourness correction factors for pressures of 140, 1400, and 21000 kPaa (20, 203, and 3045 psia), respectively. Similarly, the corresponding water content of sour gas for the same pressures are presented in Figures 4, 5, and 6, respectively. 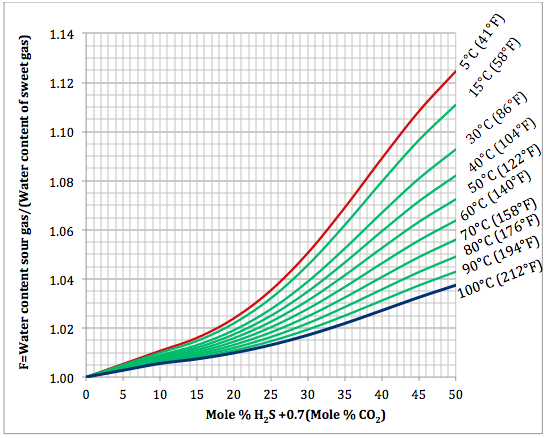 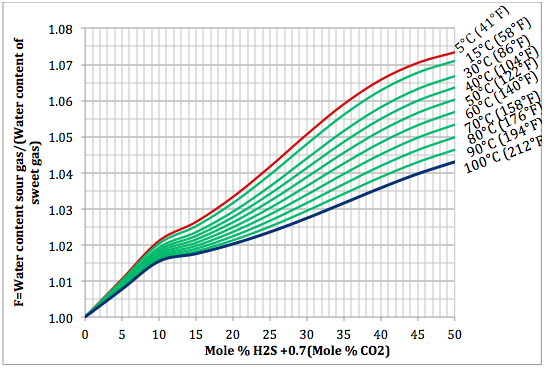 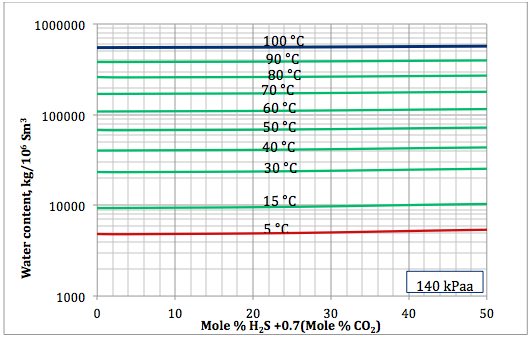 Figure 4a. Sour gas water content as a function of H2S equivalent and temperature at 140 kPaa 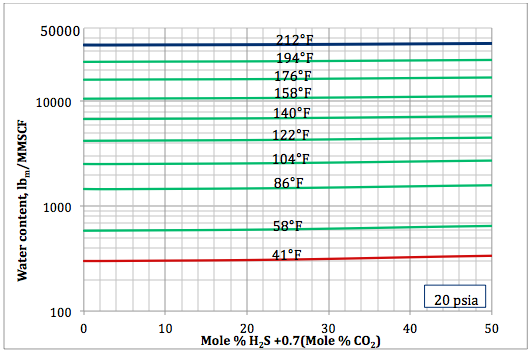 Figure 4b. Sour gas water content as a function of H2S equivalent and temperature at 20 psia 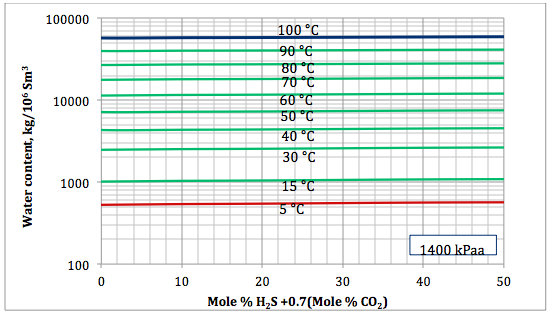 Figure 5a. Sour gas water content as a function of H2S equivalent and temperature at 1400 kPaa 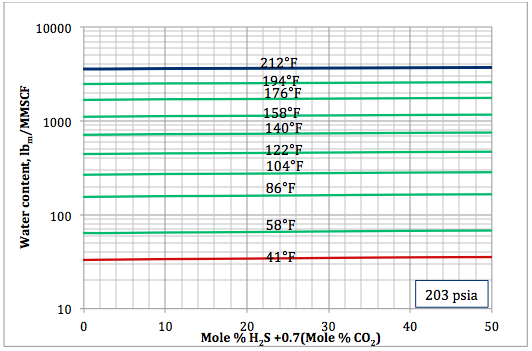 Figure 5b. Sour gas water content as a function of H2S equivalent and temperature at 203 psia 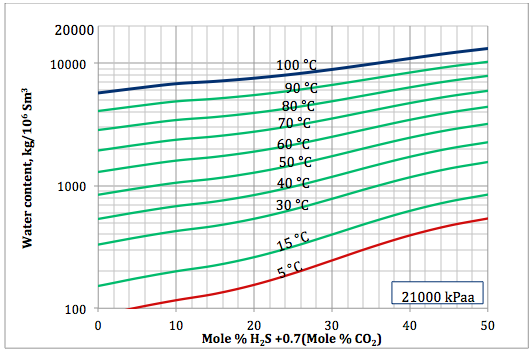 Figure 6a. Sour gas water content as a function of H2S equivalent and temperature at 21000 kPaa 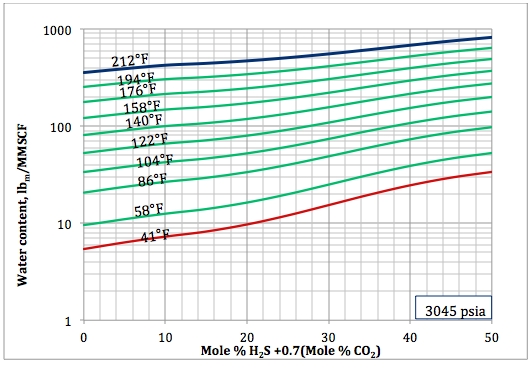 Figure 6b. Sour gas water content as a function of H2S equivalent and temperature at 3045 psia

To evaluate the accuracy of the proposed correlations, the water content of several sour gas mixtures were predicted and compared against the experimental data and other shortcut and rigorous methods. The compositions of 12 sour gas mixtures for two isotherms and at pressure of 1380 kPaa (200 psia) along with the corresponding measured water contents from GPSA RR 174 [7] studied in this TOTM are presented in Table 1. The predicted water contents by the proposed correlations are compared with these experimental data and the results obtained from Maddox et al. [3] and ProMax [8]. The percent deviations between predicted results and the experimental values are presented in Table 1. 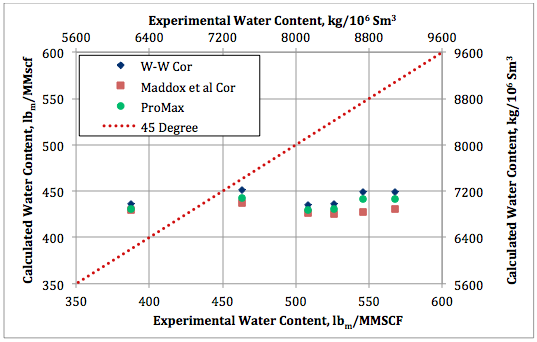 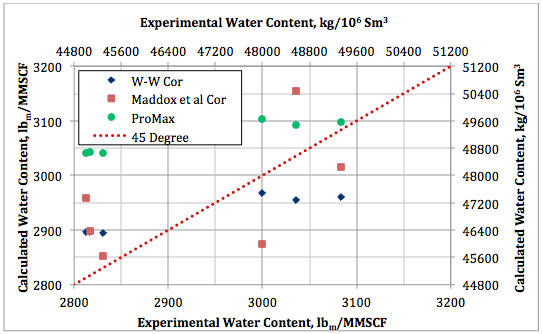 PetroSkills offers consulting expertise on this subject and many others. For more information about these services, visit our website at http://petroskills.com/consulting, or email us at consulting@PetroSkills.com.